Ms. Laura Tapia is a Section Chief assigned to the Trade Branch II at the Los Angeles/Long Beach Seaport. She has direct oversight of the Merchandise Examination Team (MET). Her team is responsible for the examination of high risk shipments in violation of intellectual property rights, import safety regulations, smuggling and other trade laws arriving at the LA/LB Seaport.

Ms. Tapia has an extensive cargo background and works directly with members of the Trade Community (Importers, Exporters, Carriers, Brokers Consolidators and Port/Terminal Operators) to facilitate legitimate cargo while ensuring compliance with U.S. laws and regulations.

Ms. Tapia is a graduate of Mount Saint Mary’s College, Los Angeles, with a Bachelor’s Degree in Business Administration.

He has an extensive Trade background and works directly with members of the Trade Community to ensure compliance with U.S. laws and regulations.

Mr. Hodges began his career with the U.S. Customs Service in 2002 at the LA/ Long Beach Seaport with preceding assignments to El Paso, TX and Otay Mesa, CA. In 2019 He became a Supervisory Customs and Border Protection Officer at the LA/Long Beach Seaport.

Mr. Hodges is a graduate of the University of Texas at El Paso, with a Bachelor’s Degree in Biology and Psychology.

Bryant Van Buskirk currently serves as the Director of the Los Angeles CTPAT Field office.  He is responsible for oversight and administration of all activities relative to the LA CTPAT area of operations, which encompasses Baja and Central Mexico, British Colombia, Canada, the majority of Pacific-Asia Region countries and a diverse area of domestic locations, primarily within the Western United States.  His duties also include management and maintenance of the Mutual Recognition Arrangements (MRA) between United States Customs and Border Protection and the countries of South Korea and New Zealand.

Mr. Van Buskirk joined the former U.S. Customs Service (now Customs & Border Protection) as an Inspector at the Los Angeles/Long Beach Seaport in 1992.  Mr. Van Buskirk has been with the CTPAT program since 2005.

Prior to this assignment, he served as a Chief CBP Officer, assigned to oversee enforcement and cargo processing activities relative to Anti-Terrorism and Contraband Enforcement within the Los Angeles/Long Beach Seaport area of operations.

During his time with CTPAT, Adam has developed and presented a variety of workshops for CTPAT seminars and various supply chain security events, including the World Customs Organization’s Global AEO Conference and the Australian Trusted Trader Symposium.  He has participated in the Mutual Recognition activities with customs officials from New Zealand, Finland, South Korea, Italy, Malta, Romania, Lithuania, and Hungary, and is currently leading the Joint Work Plan negotiations with Australia.

Prior to joining the CTPAT program, Adam was a CBP Officer at the Los Angeles/Long Beach Seaport.  His experience as an officer included physical and non-intrusive inspections, cargo targeting and vessel threat analysis.  In addition to the seaport, he also worked at the port of International Falls, Minnesota.

Adam received a Bachelor of Science in Political Science from the University of Evansville. 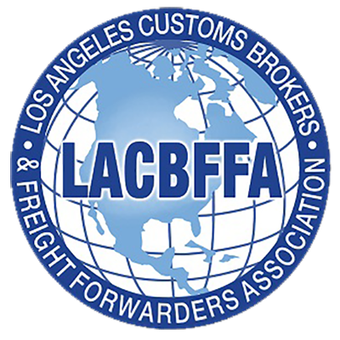